Its great to record a holiday like this. I can’t remember anything of previous holidays and thanks to the blog, I’ll never forget this one. So heres another little something from an afternoon spent at a Moravian Church with priest Lorenz Asmussen (below). 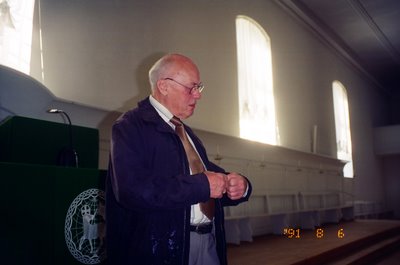 First a grab from Wiki: The Moravian churches form a modern, mainline Protestant denomination with a religious heritage that began in 15th-century Bohemia (now in the Czech Republic). It is sometimes also known as the Unitas Fratrum or Unity of the Brethren, or as the Bohemian Brethren.

Moravians were some of the earliest Protestants, rebelling against the authority of Rome more than a hundred years before Martin Luther.

Christiansfeld – in South Denmark is the only Moravian town in Scandinavia and the youngest town in Denmark. It is named after King Chrstian VIIth who requested the congregation to build the town in 1772. Build it they did, and so well that in 1975 the town received an award for its distinctive style of straight streets and beautiful buildings. 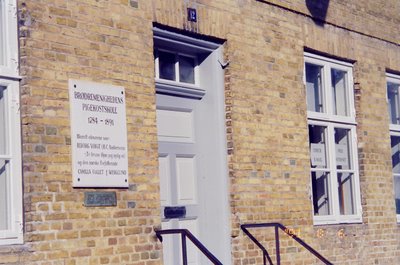 Our walk began at the church square by the well, which is the center of the town. From there the measuring of the town was started, when it was founded.

Inside, the church hall is all white, devoid of altar or pictures. The Moravian church has spartan interiors because they believe that elaborate art and décor are only a distraction. Another interesting departure from other churches is that the organist does not have his back to the congregation but faces it. 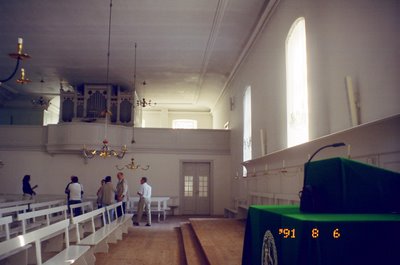 The Moravian graveyard is known as “Gods Acre” or “church of the dead” with the sisters buried to the right and the brothers to the left. All the gravestones are exactly the same as a symbol of all being equal and alike after death. Here the graves have been preserved since 1773. Interestingly, a Moravian funeral will not involve the telling of stories about the deceased by relatives and friends. Instead, as Moravians age, they start to document the story of their lives on their own and they remain a rich treasure for posterity. 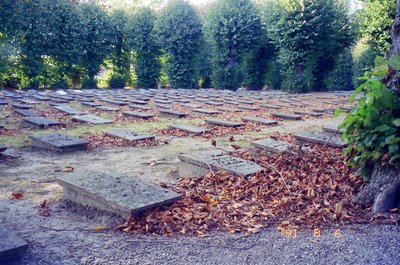 the graveyard looks so serene with the symetrical stones and fall leaves. a place where you can think, or forget :)

Hello Alaphia,
Great pictures.Nice to learn about the Moravians and their culture.

Tak Sathej - thats thanks in Danish.