Cricket made me nostalgic about India 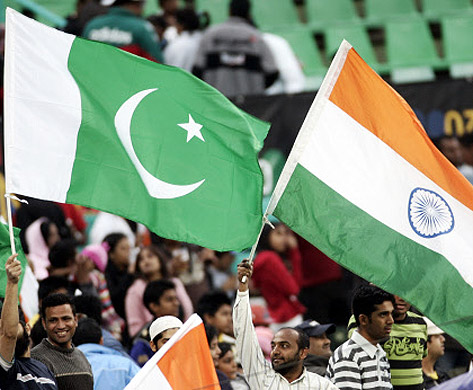 I rarely get homesick. But today, on the eve of the Indo-Pak cricket world cup semi-final, I’m bummed that I’m not in India.

I love what cricket does to the country - how CEOs, housewives, students, peons, society types, slum dwellers and everyone in between is just Indian (or Indian origin, if you want to get technical) for a day.


I remember that feeling so well from a match between India and Pakistan from the 2003 world cup. I was watching it at home in Chennai when suddenly the electricity went out. A collective wail went up around the city but fortunately there were giant screens set up on the two main beaches in Chennai and everyone had the same idea to immediately rush out and continue watching the match there.


When I reached Besant Nagar beach, the atmosphere was surreal. I joined the hundreds, indeed thousands, sitting on the sand, under the stars watching a gripping match between the two iconic rivals of world cricket. An India-Pakistan match is always a zero sum game. For the losing country there is devastation and for the winner delirious joy.


That night, fortune favoured India and we beat Pakistan decisively, winning by 6 wickets. The crowd went berserk and the wild smiles and excitement were enough to light up India’s darkest villages and our own city.


There are very few moments like this in India when we are not so divided and listening to Hindi music this evening in distant London while thinking about the match in Mohali suddenly made me really wish I was there tomorrow.

On Friday morning the online team at Amnesty International was in for a pleasant surprise.


At work we have our Amnesty website open on our computers throughout the day and are very familiar with trends on the number of people who sign our web petitions.

That’s why when we posted a petition addressed to the King of Bahrain on Thursday afternoon we were amazed to see that in less than 24 hours nearly 13,000 people had signed on. Wow.


But how did that happen?


Read the rest of my piece on the Amnesty International blog - Livewire.

At the height of the February uprising in Egypt I happened to come upon former UN Secretary General Boutros Boutros-Ghali’s book ‘Egypt’s road to Jerusalem’. I thought this was a good time to read his story and found a cautiously written tale about the inner workings of the negotiating teams of Egypt and Israel that led to the signing of the historic peace treaty between the two countries in March 1979.

The book starts with the rather sudden and unexpected appointment of Boutros-Ghali as a Minister of State in President Anwar al-Sadat’s cabinet before Sadat’s ground-breaking trip to Jerusalem in 1977. It details the various conferences and characters that populated the peace process after that visit till the time the peace treaty was eventually signed two years later.


The book’s strength is not so much the overall insider’s history as much as it is the countless anecdotes Boutros-Ghali provides about world leaders. It is surprisingly limited however in its portraiture of the main actors such as Menachem Begin, Moshe Dayan, Jimmy Carter, and most importantly Anwar al-Sadat. Of the personalities of these men, there are only glimpses.


The impression of Sadat I was left with through the vignettes was not a visionary of peace but more a secretive, unpredictable military man bent on winning back territory (Sinai Peninsula) through peace since he hadn’t been able to achieve it through war. That’s why the Israeli lack of sincerity in engaging on the question of Palestinian autonomy (something the Egyptians wanted to club with the return of the Sinai) didn’t eventually derail the peace treaty. Of course I could be horribly wrong.


Sadat was also strangely impervious to Arab, African and non-aligned countries’ criticism. Boutros-Ghali observes, “Sadat seemed ready to do with Egypt what Kemal Ataturk had done with Turkey – cut it loose from its most important historical, religious and cultural roots and become an integral part of the West.”


The Israeli side comes across as hard and unyielding. The Camp David Accords which led to the peace treaty were signed even as Israel launched its first invasion into Lebanon. A year later, Israel reversed a 1967 decision and started allowing Israelis to buy land in the West Bank and Gaza. Negotiations on Palestinian self-rule didn’t go anywhere and Begin successfully put pressure on Sadat to stop Boutros-Ghali from constantly raising the Palestinian question.


The best bits of the book however are Boutros-Ghali’s descriptions of his swing through Africa drumming up support for Egypt and Latin America requesting troops for a multinational peace-keeping force in the Sinai.


There is a great anecdote of his bizarre meeting with Ugandan leader Idi Amin. Amin took him on a boat to a place called Paradise Island, where he insisted on having the meeting in his bedroom without any aides.

Boutros-Ghali noticed that there were three doors designed to give Amin several escape routes in case of an assassination. Idi Amin saw everyone as a potential assassin. As if all that wasn’t weird enough, Amin suggested that Boutros-Ghali lie down on the bed to rest next to him. Hardly what you expect to happen when diplomats and world leaders meet!


The book’s final chapter is gripping in its description of the events of sixth October. The annual military parade is held on this day to commemorate the breaking of Israel’s Bar-Lev Line on the Sinai front during the 1973 Yom Kippur War. As a Minister, Boutros-Ghali was expected to attend and would probably have been seated close to Anwar al-Sadat except he and his wife broke with protocol and decided to visit friends in Alexandria instead.


What is utterly fascinating is how Boutros-Ghali got to know of the attempt on Sadat’s life, especially because it is inconceivable in today’s well-connected world. As he relaxed on the beach, an old lady, recognising him, walked up to Boutros-Ghali and told him that she had heard reports on a foreign radio station about some trouble at the parade in Cairo. Boutros-Ghali gently told her not to believe the foreign press which he said was always fomenting trouble.


But she returned shortly afterwards for a second and a third time to say she had heard it on the BBC so he must investigate. Sure enough, when Boutros-Ghali went back home, he already had officials waiting to take him back to Cairo by train in a specially reserved coach.

Boutros-Ghali broke down and cried for Anwar al-Sadat had not survived his assassin’s bullets after a brief battle in hospital. Sinai had not yet officially been returned to Egypt and the architect of the peace treaty would not live to see the completion of his dream.

Net-savvy granny blogs about life in a long-forgotten India

A young Indian man working in the Home Ministry in Delhi received an urgent telegram in 1945 from his parents in south India. It said, “Start immediately. Marriage fixed.” Even as he dutifully began preparing for his travels to marry a woman he had never met or spoken to he received another telegram. “Don’t come. Marriage cancelled.”
Blogging about this story six decades later is Lalitha Ramakrishnan, the woman who did eventually marry him. At 83 and as a great grand-mother, Lalitha is a unique member of India’s crowded blogosphere. She is a good bit older than most others and the subjects she writes on – everyday life during pre and post-independence India are a time young Indians know little about.
She started blogging in 2006 after years of writing down her thoughts on paper. Being on the web suddenly generated interest in several quarters and research scholars, the media, friends and family from different continents started contacting her. “I’m really surprised. I never thought when I started that my writing would bring me to this day talking to you.”
Her blog gained instant popularity because her simple, evocative style is reminiscent of India’s earliest Indian writers of fiction – R.K. Narayan. Except in her case the anecdotes are real. There are fascinating stories about how cataclysmic movements such as the Quit India Movement, the Partition and Indian independence were experienced by ordinary people.
For example she witnessed a lot of killing in Delhi in the run up to Independence and while the men were at work, housewives like her had only themselves to rely on. With a home telephone being a luxury in the 1940s she says, “Most of the women used to be inside the house with red chilli powder and their vegetable cutter by the front door. We could attack intruders with that.”
Lalitha was born in 1927 in the erstwhile princely state of Travancore in south India and moved to Delhi after marriage. She also briefly lived in Pondicherry for six years. After her husband passed away in 1987 she has lived with her children in different parts of India. Many Indians her age have never used a computer let alone blogged. But on many mornings Lalitha can be found bent over her laptop emailing or typing up a post about the long-forgotten past.
She blogs here.
Posted by Alaphia Zoyab at Thursday, March 03, 2011 1 comments