Medieval Wander in the Czech Republic 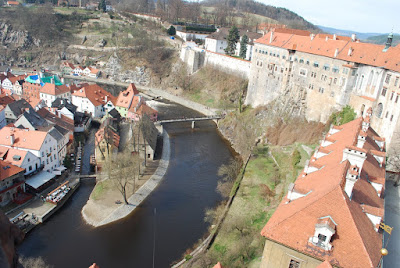 A view of the Vltava river with the Cesky Krumlov castle on the right. 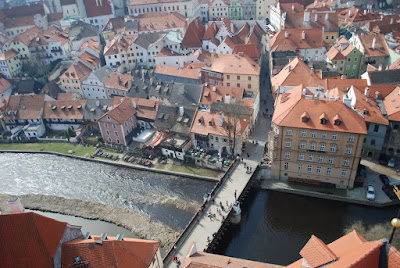 The town down below 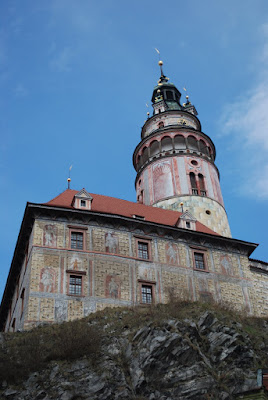 The Cesky Krumlov tower rising out of the rock on the side of the river Vltava. 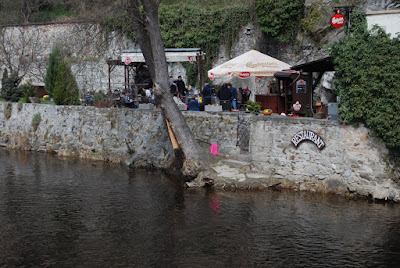 Restaurants line the sides of the river. 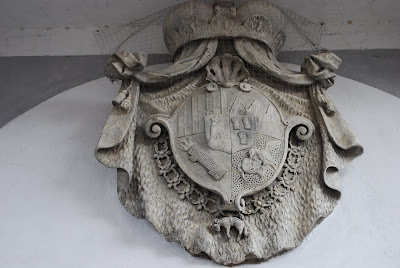 The coat of arms of the German Schwarzenberg family. On the right quarter is the head of a Turk, having his eye put out by an offending raven. 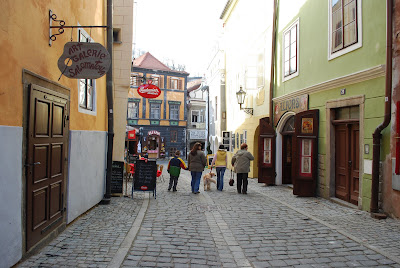 A street in Latran, where the staff that serviced the castle once lived.

"Almost as if their name was mocking them, the Eggenbergs, ran out of male heirs" - LOL, nice touch that.

Thanks G. Turtle. The sentence was unfortunately cut from the newspaper piece.

The pics are very nice..in particular the street in Latran, has that old town feel :)

Nice travellogue..looks like you indeed had a good time :)

Thanks Sathej. Had a wonderful time although I was extremely disappointed not to be able to see the baroque theatre in the castle or raft on the Vltava.

Sounds so lovely! Ahhh all the history. Glad you are enjoying your move to that part of the world....the possibilities of travel are endless.

Great write up too :)

Totally out of context - but what is your take on the IPL crap that seems to be everywhere.
My parents were saying it is all anyone ever talks about on NDTV...