What to do in Bath in 48 hours? Everything. 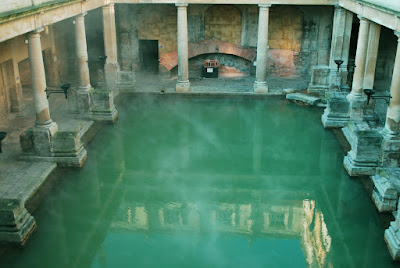 The Roman Baths are below street level. The rising steam from the hot water spring gives it tremendous mystique. The Romans built a very sophisticated bathing and spa complex around it. During Roman times men and women would bathe naked in this pool. I can't imagine they didn't get up to some mischief. 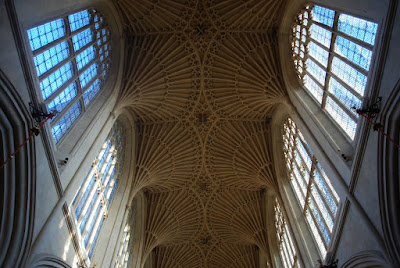 The fan-vault ceiling of the Bath Abbey which stands right next to the Roman Baths. It has a gift shop which sells the most wicked fridge magnets. I bought one which says, "Fridge Pickers Wear Bigger Knickers." 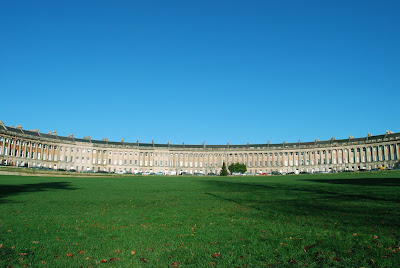 The Royal Crescent - a grand sweep of semi-circular symmetry built many centuries after the Roman Baths. This was the fashionable end of town during Jane Austen's time. The best time to see the Crescent is in the morning when the sun is directly across it in the sky. It lights up this honey-coloured show-piece of Georgian architecture. 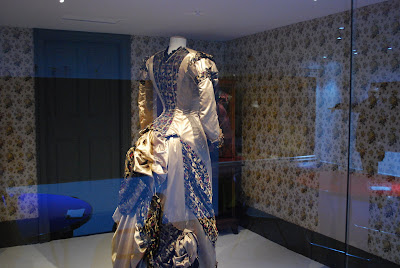 I had a wonderful time at the Fashion Museum in Bath. They have some really interesting sections like the one on the evolution of women's underwear and this one on English dress. What I still don't understand however, and I'm serious here, is how you can sit with a stiff frill on your bum? 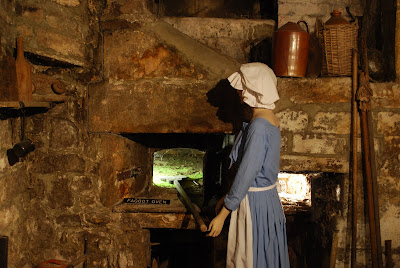 When you go to Sally Lunn's restaurant in Bath to eat the world's best bun, remember to nip down to the basement for a quick peek into their kitchen museum.
Of all the empty seats in all the world, the woman with the whooping cough had to occupy the one opposite ours. We were on an early morning train to Bath in England, eager to get near its famed hot spring. Having just rid myself of flu germs, the last thing I wanted was to be bathed in hers.

see the following link for yourself to believe

Nice pics - liked the Royal Crescent one in particular - serene blue sky. Somehow the title reminded me of some History lessons - the Great Bath at Mohenjodaro..Indus Valley civilization and so on :)

Please help save my life. Pls read http://truthbottle.blogspot.com for all detailed information of this country wide chase by bangalore police and real estate gangster network!!

This is not a joke! Read my above blog for this ghastly expose!! I will be killed in a few days which is inevitavble but you still have this to know who did it!

I like, I like I like.
after reading about Bath in so many books I was happy to read your account and see your pictures, too. The picture of the Public bath is amazing!