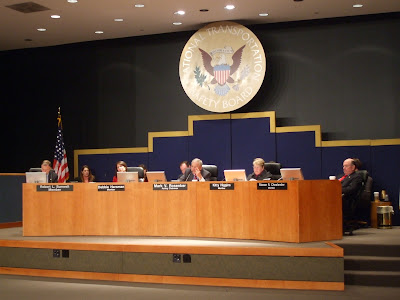 Members of the National Transportation Safety Board (NTSB) 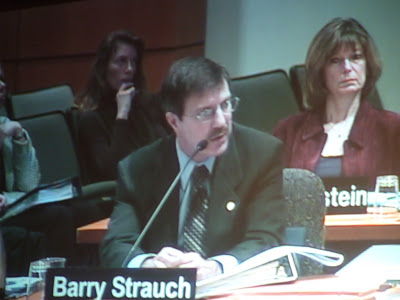 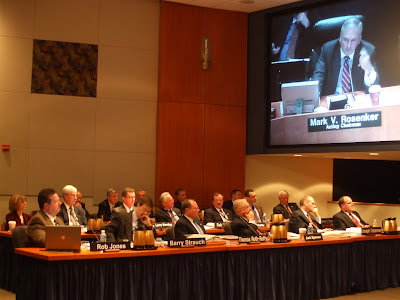 Members of the investigating team presented their findings to the Board

Whose mistakes caused the freight ship Cosco Busan to collide with the San-Francisco Oakland Bay Bridge spilling 53,000 gallons of oil into the Bay? Nearly 15 months after the spill, The National Transportation and Safety Board (NTSB) held a day-long hearing on this question on Wednesday.

NTSB member, Debbie Hersman, was the “member on scene” in San Francisco overseeing the investigation. The case has involved plenty of finger-pointing with the pilot of the freighter blaming the Coast Guard and the ship operating company, Fleet Management Ltd blaming the pilot. Criticizing the narrow focus on pilot error, Hersmsan said, “I believe the pilot bears the lion’s share of the blame for the collision with the Bay Bridge but there are other people who are involved. While the pilot lined up the Cosco Busan on a collision course with the Bay Bridge, the VTS (Coast Guard’s Vessel Traffic Service) watch standers watched it happen.”

She said the NTSB investigation itself was hampered by the delay caused by the Coast Guard’s failure to assess the magnitude of the spill. “It failed to correct that gross inaccuracy throughout that first day even in the face of overwhelming evidence of a much larger spill.”

Hersman reset the clock on the investigator’s conclusions calling into question the Coast Guard’s role once again. She said, “I think this accident happened when they left the dock. They should never have left the dock under those conditions.” There was dense fog in the bay that morning and four other ships had delayed passage and moved to anchorage instead to sit out the bad weather.

Various issues such as the pilot’s medical condition at the time of the accident, the role of the VTS and the environmental response that followed the spill were discussed at the hearing. The NTSB is expected to release a final report with its findings and recommendations later on Wednesday.

This piece is also available on the KGO-TV website.
Posted by Alaphia Zoyab at Thursday, February 19, 2009