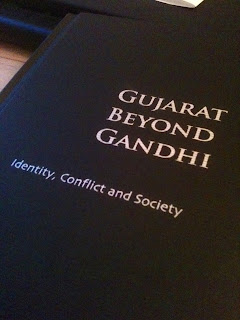 At the height of the Ayodhya movement, with tension spreading in large ripples across north India, political and social psychologist Ashis Nandy interviewed an RSS pracharak (worker). Despite being very familiar with the Hindu fundamentalist ideology that was leading to those dramatic shifts in Indian political and social life, Nandy emerged from that interview completely shaken.
He wrote about this interaction more than a decade later saying, “It was a long rambling interview, but it left me in no doubt that here was a classic, clinical case of a fascist. I never use the term ‘fascist’ as a term of abuse; to me it is a diagnostic category comprising not only ones ideological posture but also the personality traits and motivational patterns contextualising the ideology…..”

The then RSS pracharak he had interviewed had been Narendra Modi, current Chief Minister of Gujarat.

Modi presides over a state that is well-known today as the laboratory of Hindutva where dangerous experiments such as the mass killings of 2002 have taken place. But despite this recent history of obscene bloodshed, Indian businessmen are lining up to praise the state for removing the red tape and inefficiency that they encounter in most other states in India.

Such contradictions and complexities and Gujarat’s swing towards the ideology of the killers of Mahatma Gandhi are the subject of a scholarly new book ‘Gujarat beyond Gandhi – Identify, Conflict and Society. Edited by Nalin Mehta and Mona G. Mehta, it is a collection of essays on different facets of Gujarat and where the seeds of its major communal conflict lie, examined through different lens’ of anthropology, media studies, sociology etc.

If the Gujarat model of ‘developmental authoritarianism’ takes hold in other parts of India where there is an equal middle-class yearning for greater wealth and civic order, will the freedoms of speech and dissent be threatened in the same way as they are in Gujarat? And what will become of the idea of India itself ? These are some of the important questions raised in this book. But the reason I read this book with great interest was to seek explanations for the polarisation between the religious majority and minority that led to the organised violence in 2002 in which Muslims were killed with a brutality not seen since Partition.

There are some very interesting essays in there on vegetarianism and the politics of disgust, the segregation in urban geography and the one that I read with most interest - the legal battle between Ashis Nandy and the state of Gujarat.

Anyone interested in Gujarat and the communal faultline in India will find this a useful read.